It's no secret that modern-day automobiles are much more reliable than their older counterparts. This means that people can confidently buy new vehicles that have come onto the marketplace without worrying about any major mechanical malfunctions down the road. Manufacturers can certainly rely on technological advances and experience to help them design and build such cars. However, owners will still have to take certain actions if they want their vehicles to perform as expected. So even though there may be a temptation to avoid any recommended oil changes, why is this very shortsighted?

Operating in a Harsh Environment

The internal combustion engine is still the same type of machine today as it was when first invented. It still relies on a multitude of moving parts close to each other, moving in some way at high speed. Without the proper lubricant, these machines would not last very long, which is why engineers take great care to create high-quality products.

Quality lubricants will work at peak efficiency when they are first introduced to the engine and for some time afterwards. However, they will inevitably degrade, even though engineers include key additives that are designed to counter this.

Principally, the "viscosity" of the lubricant will be affected and this is largely due to great temperature variations. The oil will heat up and cool down many times during its lifetime, and inevitably it will not be able to protect those moving parts as much as before.

Each vehicle is equipped with an oil filter that's designed to capture tiny particles of contamination that will invariably appear. Microscopic pieces of metal will wear away from certain moving parts, and most will be carried in suspension through to the filter. However, a portion of these tiny pieces will remain within the oil as it circulates and, given enough time, will also compromise the ability of the oil to do its job.

As you can see, it's important to change that oil whenever recommended as part of a logbook service. When the engine is correctly lubricated, it won't have to work as hard as otherwise, which means you will not use as much fuel as you might otherwise. So an engine oil change can also help to improve fuel consumption and potentially lower operating costs.

With so much at stake, don't forget to take your vehicle in for a logbook service whenever that date comes around. It'll help maintain the value of the car and prevent any unwanted breakdowns in the future.

If you need a logbook service, talk to an auto shop near you. 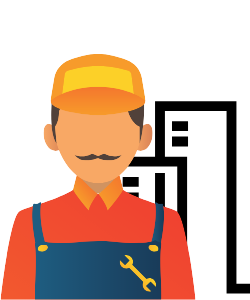 If you love driving your vehicle around, you will no doubt want to do everything you can to keep it on the road and in tip-top condition. That is where this blog can help you. We aim to provide you with all of our best advice and tips which will help you to keep your motor running and your wheels turning. Let me be perfectly frank, no one involved in this blog is a professional. However, we are all dedicated and experienced amateur auto service fans. We hope you find the info we share on this webpage useful and entertaining.